Independence DSO > About Us

A Community of Dental Practice Owners

Independence Dental is a community of like-minded dental practice owners who believe that the future of dentistry rests in collaboration and partnership. Our core mission is to be a cross country network that helps dentists serve patients. We understand the challenges that dentists and their teams face day-to-day, and at each stage of their careers. Our aim is to partner with dental teams to maximize their success in the delivery of oral health solutions to patients.

A Community of Dental Practice Owners

Independence Dental is a community of like-minded dental practice owners who believe that the future of dentistry rests in collaboration and partnership. Our core mission is to be a cross country network that helps dentists serve patients. We understand the challenges that dentists and their teams face day-to-day, and at each stage of their careers. Our aim is to partner with dental teams to maximize their success in the delivery of oral health solutions to patients.

Our goal is to build relationships and partnerships with dentists across the USA. This starts with a mutual understanding, and when the time is right, we’re here to support your goals with a partnership option that is tailored to your needs. We have a lot to offer, and we’re committed to getting better together, everyday.

Independence Dental has a professional and experienced management team well-suited to execute its growth plans. Among the leadership team, are company builders who have experience in both dentistry and health care, and other businesses.

Lane Theriault is the CEO of Independence Dental, a highly unconventional DSO that is looking to partner with dentists across the US. He founded Independence Dental in 2020 in partnership with the Firmament Group, a private equity firm based in New York. Prior to launching Independence, Lane was a founder and director of a Canadian dental platform, 123Dentist, which started with only 13 clinics in 2017 and has since grown into the second largest DSO in Canada. Before he began working in the dental space, Lane was an investment banker with Citigroup where he first became exposed to the concept of DSOs.

John has had numerous operational and business development roles over his career with a focus on healthcare. Previously, he was COO of ClearChoice Dental Implant Centers, and prior to that was SVP of Operations and Business Development for Vision Group, a Lasik clinic consolidator across North America.

Curtis Smith has held various senior financial roles across the energy and technology sectors. Most recently, Curtis acted as CFO of Flurotech, a publicly traded technology company. Curtis has financed, launched and commercialized numerous multi-jurisdiction businesses over the past 10 years.

Dr. Howard Rocket is an advisor to 123Dentist Corporation and CEO founder of Tridont, a publicly listed chain of 107 dental practices that pioneered retail dentistry and was the first corporate chain in Canada. Dr. Rocket is an inspirational speaker and published author of My Stroke of Luck.

Carey Lasher started her career in dental hygiene to follow with operational, leadership, management, and sales roles. Previously President of Highwater Partners a leading business consulting firm, prior to that as a leading Regional Development and Sales Manager for ClearChoice.

Tina has held various HR leadership roles, serving nationwide employers in both a corporate and consulting capacity for more than 15 years. Tina earned a Masters in Business and Industrial Management Counseling and is certified by the Society for Human Resource Management (SHRM) as a Senior Certified Professional.

Alex’s background consists of a mix of public & industry accounting with a focus in the DSO space. Prior to joining Independence at the start of 2022, Alex managed the accounting function for the eastern division of Dentaquest’s Care Group, a DSO comprised of 75+ nonprofit and for-profit practices across the U.S.

Hughes has held numerous financial and operational roles over his career with a focus on healthcare. Prior to joining Independence, he was Director of Business Development at D4C Dental Brands, Director of Operations Development at ClearChoice Dental Implant Centers, and in the Audit and M&A group at Deloitte.

Amanda has been in the dental industry for over 24 years, where she has gained an expansive knowledge in essential roles for both clinical and operational.  At different stages in her career, she has held various senior leadership and executive positions that have contributed to the growth and success of multiple start-ups and established businesses.

As a seasoned healthcare & dental performance leader Amanda joined our team in 2022. She has a passion for life and learning with over 14 years of various leadership roles, and a proven track record of producing high performance teams and driving results. Most recently Amanda served as an executive leader for multiple firms in the DSO space.

Simone Protomanni graduated with distinction from the Rotman Commerce School of Business, University of Toronto, with an Honors degree in Finance and Economics. She has held various business development and analyst positions in the healthcare, real estate, and renewable energy industries.

We believe in cooperating as a team in order to reach our common goals.

We keep our promises, take responsibility and work to instill confidence in our staff, patients and stakeholders.

We seek to understand our partners and patients, and to treat them as unique and valued individuals.

We strive to treat everyone how we would like to be treated: equitably and equally.

A National Platform For Dentists

No matter where you are, Independence Dental is there to help. We are not bound by geography and can invest in partnerships anywhere in the United States. 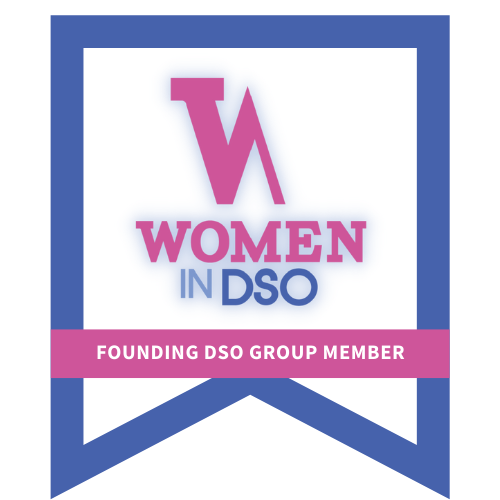